Make sure you press play on the video above!

After a long while, my second Burning Man video is finally finished! It’s a cracking 15 minute Burning Man music memory from 2014 (Camp Symposium) with a soundtrack of my favourite tracks from this year and last.

The plan is to release the video on my blog first to make sure there are no issues (with music copyright under the Fair Use Act / use of images/video) and then release to a wider audience on YouTube.

Here’s the last Burning Man movie I created in 2012 to whet your appetite if you haven’t seen it already:

And join the Thunderclap to let people know about the launch:
https://www.thunderclap.it/projects/35775-burning-man-release?locale=en

You can read more about the organiser of Camp Symposium (Marc Winn) here:

Why Burning Man is Changing the World

Burning Man – The Extraordinary In The Ordinary 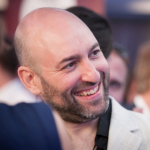 View all posts by mikemindel →

One comment on “Burning Man :: Release is coming (to a browser near you)”